This week, rapper turned actor/producer/director  Ice Cube canceled his scheduled appearance on Good Morning America saying that his feelings about the death of George Floyd made it impossible for him to go on TV and pretend everything was OK.

Many have been hit hard by the devastating video of Floyd’s death while being detained by Minneapolis police. One of the four officers responding to a forgery call kept his knee on Floyd’s neck for over 8 minutes, leading to his death. Civil unrest and protests have been taking place in Minneapolis as activists call for the arrest of the officers, who have since been fired.

Thursday morning Cube, born O’Shea Jackson, made it clear that he was “in no mood” to put on a brave face while his community is in so much pain.

I apologize to everyone expecting to see me on Good Morning America today, but after the events in Minnesota with George Floyd I’m in no mood to tell America, good morning.

Ice Cube was scheduled to appear on the show to promote his new film The High Note with Tracee Ellis Ross and Dakota Johnson, where he plays a music manager to Ross’ aging singer. 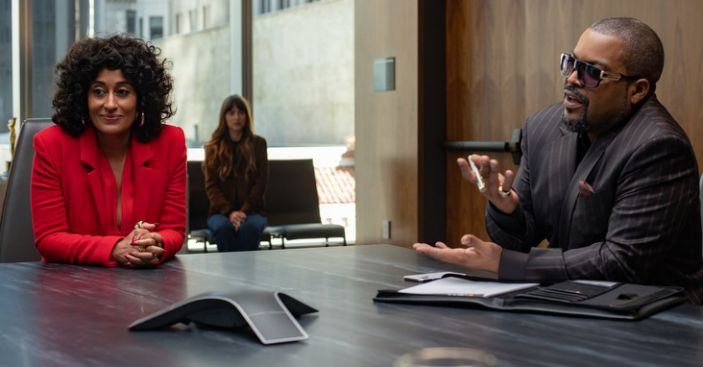 And this wasn’t the first time Cube spoke up about the incident.

Earlier in the week, he joined the chorus of outraged Americans, tweeting, “The F.B.I. knows exactly who the racist are in each police department and still let them keep there jobs until something like this happens. Stop sitting on critical information. Weed them out and get them out…NOW! #jonnycomelatelyagain.”

Several other celebrities like Beyoncé, Madonna, Diddy, Ciara, Ariana Grande and Cardi B, just to name a few, have been vocal about the horrific incident as protests continue in Minneapolis.

The officers who have been fired but not charged have been hiding inside their homes as protestors gather outside. Minneapolis police have formed a blue wall of protection outside the home of the Derek Chauvin, the officer who had his knee in Floyd’s neck.

The post Ice Cube cancels ‘GMA’ appearance due to George Floyd: ‘I’m in no mood’ appeared first on TheGrio.

Kanye West splashed out on enough flowers to turn Kim Kardashian West‘s bathroom into an enchanted forest. The “Keeping Up With the Kardashians” star was delighted with her husband’s romantic gesture, showing off the results of his floral gift on her Instagram story. Kim, 39, pointed her camera at the rectangular, stone bathtub in the… […]

Actress Tia Mowry-Hardrict proudly and defiantly displayed her svelte post-baby body and remarkable weight loss after being fat-shamed during and after her second pregnancy. “The Game” star, 42, who is the twin sister of former co-host of “The Real” Tamera Mowry-Housley, proclaimed to her 7 million Instagram fans that she lost almost 70 pounds since… […]